Hey everyone! I've been thinking about making a blog post and might as well get around to doing it. I wanted to talk about field notes and notebooks, an idea inspired by one of the modules you have to take to become ABA Young Birder of the year! I don't really plan on signing up just yet, but maybe you will.

Anyways, I like the idea of keeping notes in a notebook and reflecting on them later (like for a long car ride). In my notebook, it's mainly checklists of birds after a trip, ready to submit to eBird. Sure, it's a helpful way of getting things done but other than small annotations (like 'H', 'flyover', and gender signs) it's not much in the way of notes. I also realized that despite my decent camera (300mm lens is less than perfect) I was using it to capture the birds in my memory. Sometimes I'll scroll through my Flickr page and remember when I saw this or that. 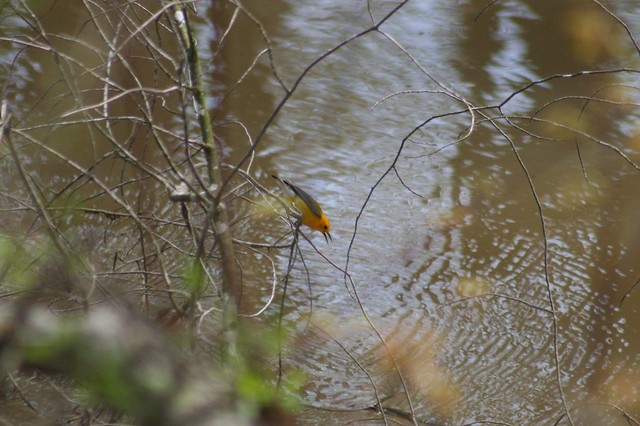 How can I forget my face-meltingly amazing first looks of our mascot bird?

But, not everyone has a camera worth taking any good pictures, save digiscoping, so many people resort to field notes. I'm still researching this but from what I've learned, here are some tips:

-Don't worry about your art. Yes, there are many stunning bird artists out there, but not everyone is a Peterson or a Sibley. What you want your illustrations to be are legible (just to you or to anyone) and scientific. Show the bird's behavior. If it was a rarity or an unknown bird, point out the detail you saw. You want to draw it right as you're looking at the bird or immediately after; the mind can be a tricky thing. Since I don't have a guide to Europe, when we went to the island of Elba in Italy, I have scarce internet access to look up the handy list of Italian birds. I used the eBird Targets tool and sketched out the most likely birds I would see (which I only saw one of which, a European Shag). Or you don't have to sketch at all. It's your choice!

-Like I stated above, make your notes during or after you watched the bird. Sometimes your mind will play tricks, and it can lead to a false ID. Do you have that gut feeling of a Clay-colored Sparrow? Make notes about its facial pattern as you're watching it! Later on you will probably doubt yourself if you didn't make notes. If you're in an unfamiliar area, take notes of the calls too.

-From what I've read, always include date, time, and location. Other pieces of info that are useful are weather, temperature, and habitat.

-Take notes on interesting behavior. Is that mockingbird raising its wings? Take note of it, give your thoughts. Field notes are basically taking notes of the world around you.

-Don't stop at birds! Notice some squirrels? Interesting wildflowers? Those are important too and it's great to learn the other organisms around you.

So go out in your backyard and start there! Watch your feeders and take notes! Sketch that Purple Finch and maybe even point out the differences from a House Finch! Or, if you go to a zoo/pet store/a place where captive birds are held, try sketching them too. They'll be easier than wild birds who will fly away never to return. And as always, practice makes perfect!

Have you taken field notes? Want to show any off? Have any more tips for readers? Comment!

Here are some useful links:

Also, is anyone interested in a Young Birders Event blog post? I haven't uploaded any pictures on this site snce I'm way too lazy and my computer is too slow, but if you guys are interested in an in-depth experience... I also want to read Matt's various summer trips, even though it's a season late!