The Carolina Young Birders Club had a two-day trip to Charleston, SC for some early summer birding, staying at Jack's house. Four birders attended- Ian, Matt, me, and of course Jack. The Charlotte birders arrived on the evening of the 9th, braving bad weather to arrive at Jack's home. We tried looking for some Chuck-wills-widows in his neighborhood, but no luck.

The next day we got up early to head down to Bear Island WMA. As we headed down the refuge road, Matt's car started smoking- popping the hood, the engine was sizzling. Something was obviously wrong with it, and we left it to cool as we tried to bird a bit. We did have good looks at Painted Buntings, male Summer Tanager, and a Least Bittern. 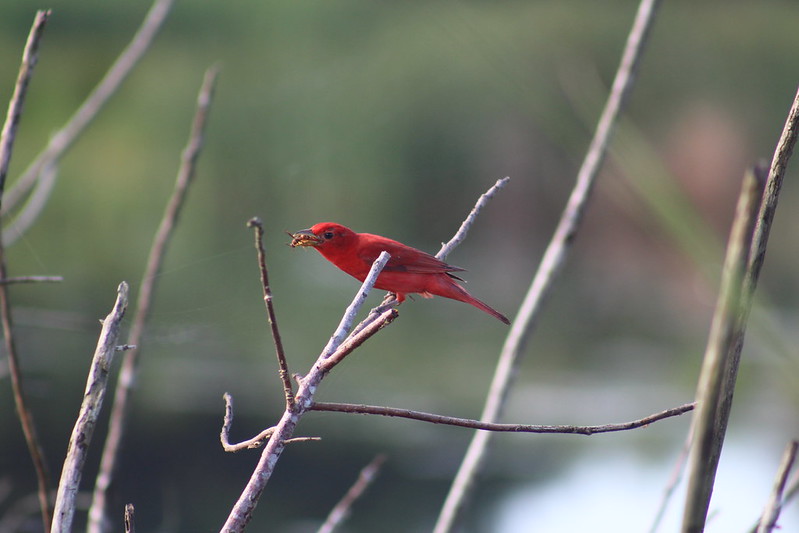 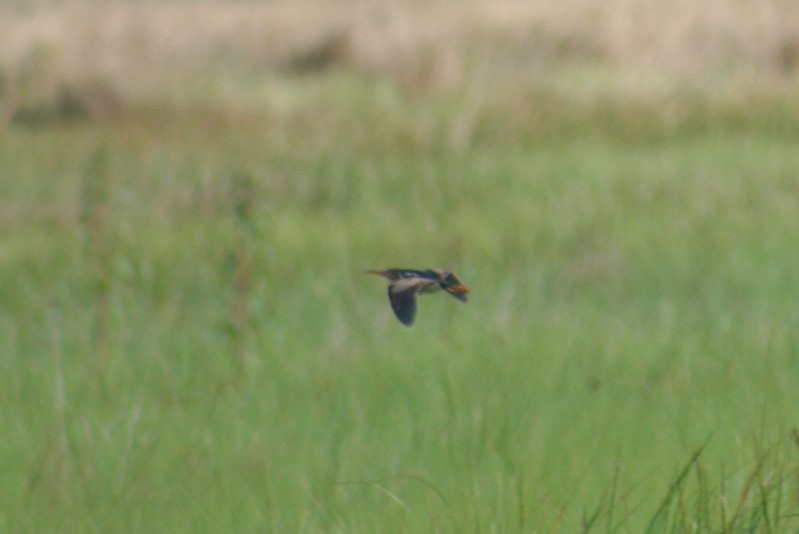 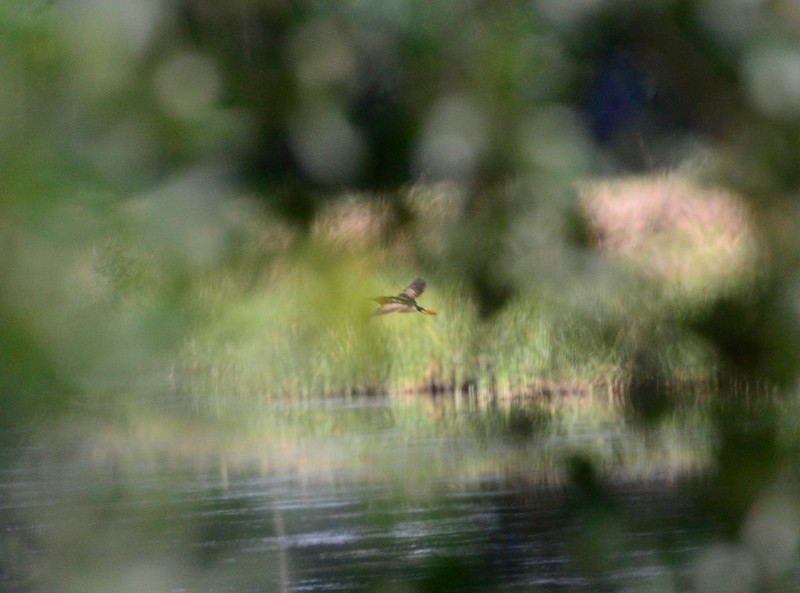 After a while we thought Matt's car was fine, so we drove to the end of the main road, where the refuge ends and the private land began. There I got my 300th life bird, a Gull-billed Tern flying quickly over us. We also had Least Bitterns, along with other egrets and herons. Two Mottled Ducks flew in, which made me glad that the Gull-billed had flown in- they were #301 on my life list. A small kettle of Mississippi Kites soared above us. 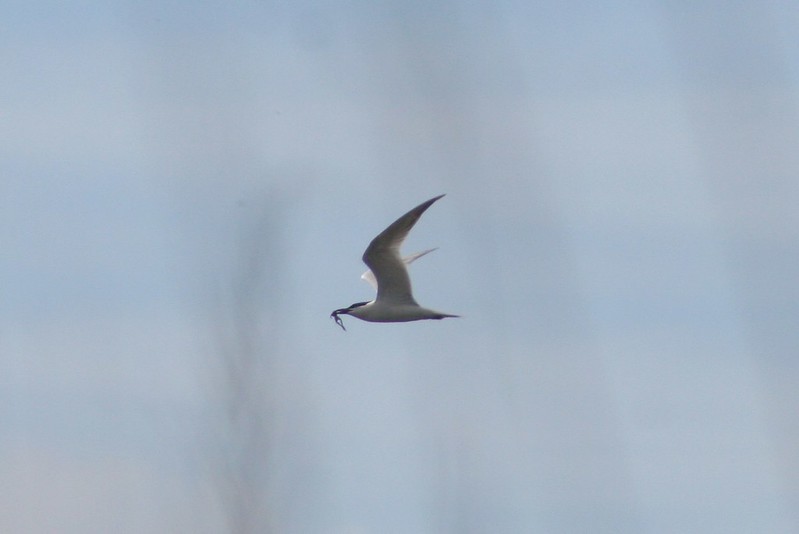 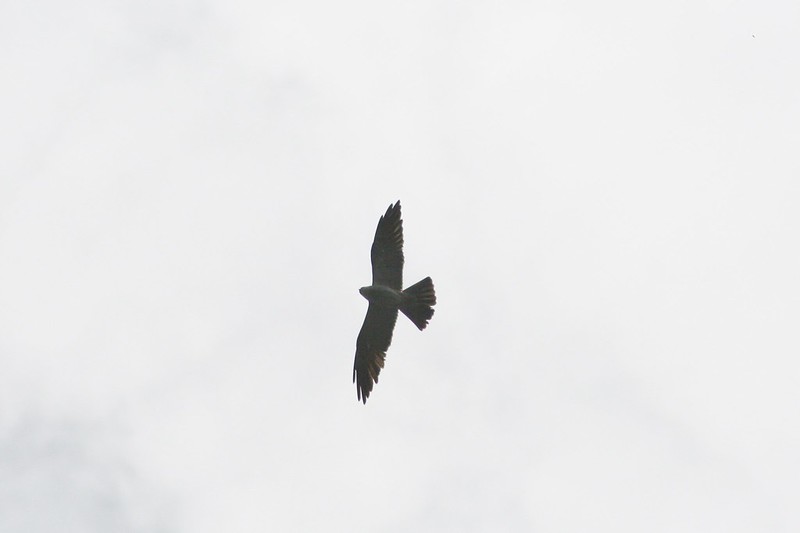 As we drove back, Matt's car started the smoke up again, and we made it to the ranger station. A huge cloud of white smoke billowed out from the engine... it was obvious that we wouldn't be using his car anymore. 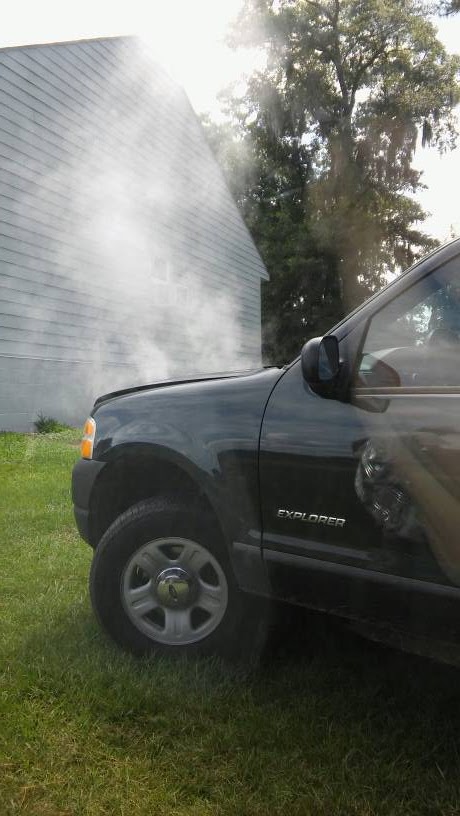 Luckily Ian's car was fine and while we waited for a tow truck, we headed to Donnelley WMA. There we saw many Common Gallinule chicks, Black-bellied Whistling-Ducks (which were very tame), and a Purple Gallinule, along with a good-sized gator. 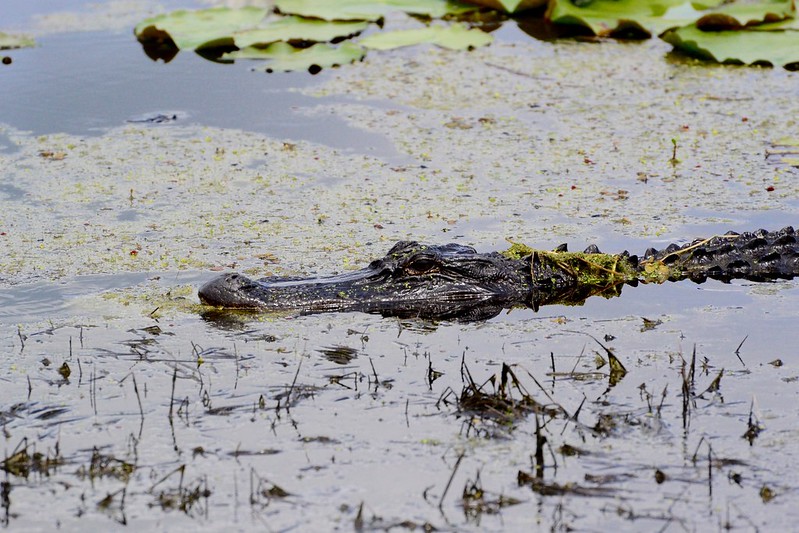 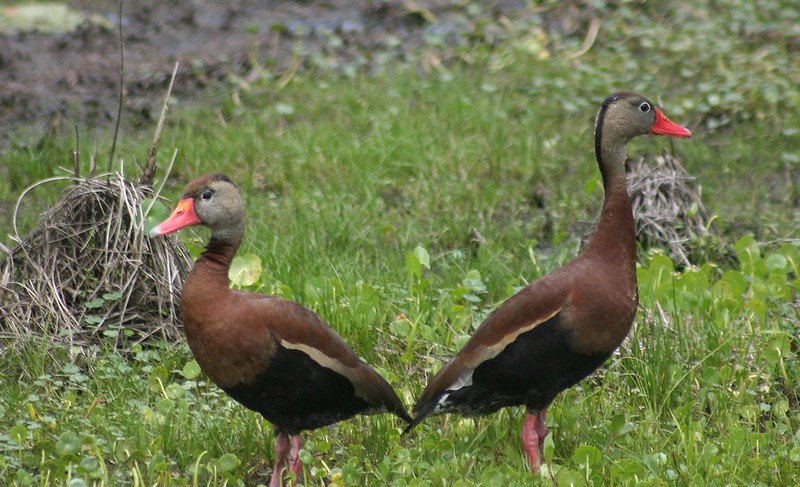 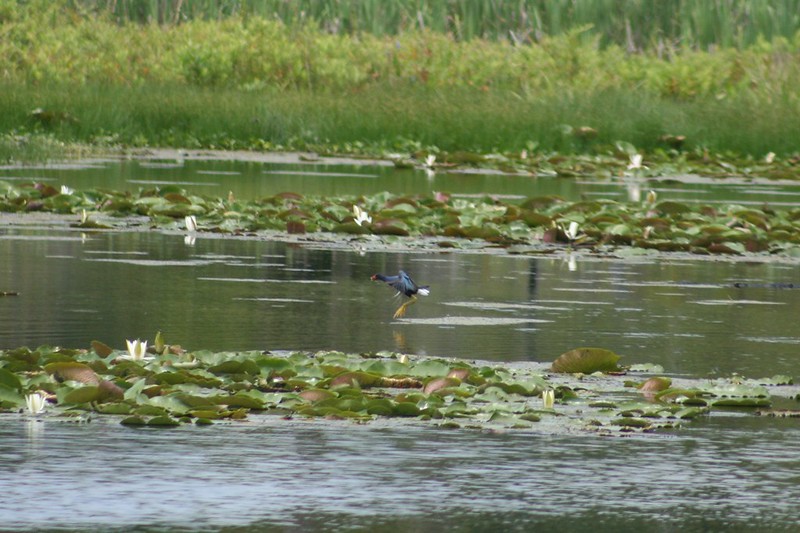 We took Matt back to Bear, but not before we got him another lifer (the Purples were for him)- a distant, brief look at a Swallow-tailed Kite. We birded at Bear a little bit longer and made sure Matt's tow truck arrived before we went back to Donnelley. (Matt did have to leave that day, but it was much earlier than expected!) Jack, Ian, and I were luckier with the gallinules and whistling-ducks this time; we had a total of four Purples (3 adults, 1 fuzzy coal puff of a chick) and 6 whistling-ducks which gave us fantastic views. 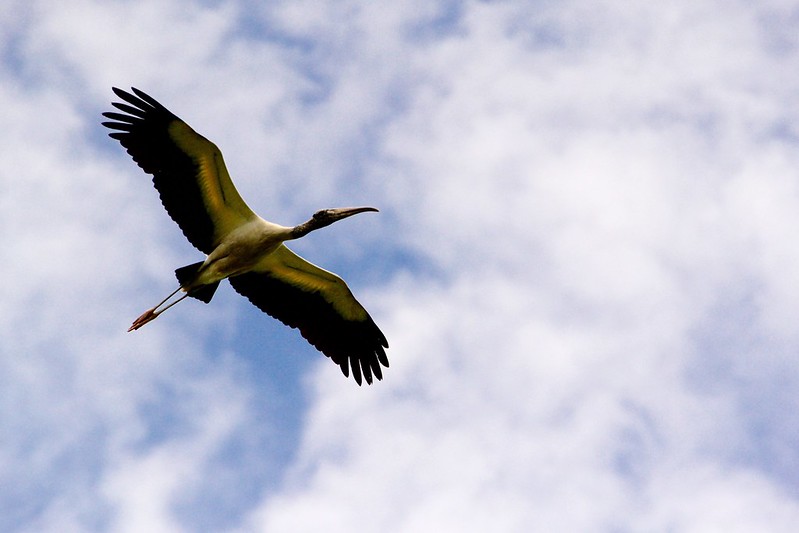 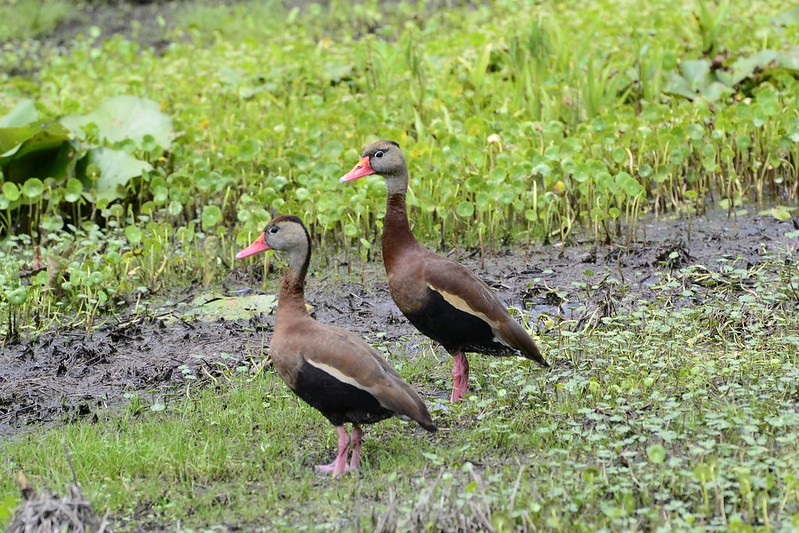 All the above are Ian's

After that, we went to Folly Beach to search for a few more lifers. It seemed quiet at first, but we were rewarded with three Wilson's Plovers, two males fighting for a female. 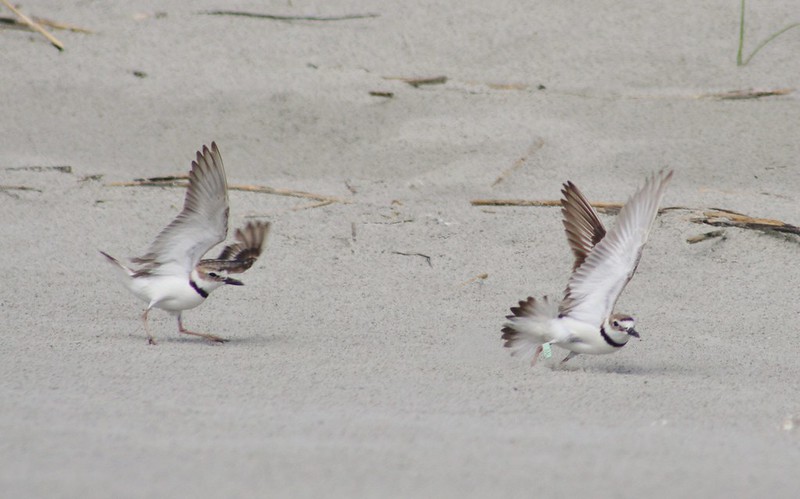 One male was had a silver band a sea-green flag with 'AAL' on it. He was victorious over the other male and ran off with the female. 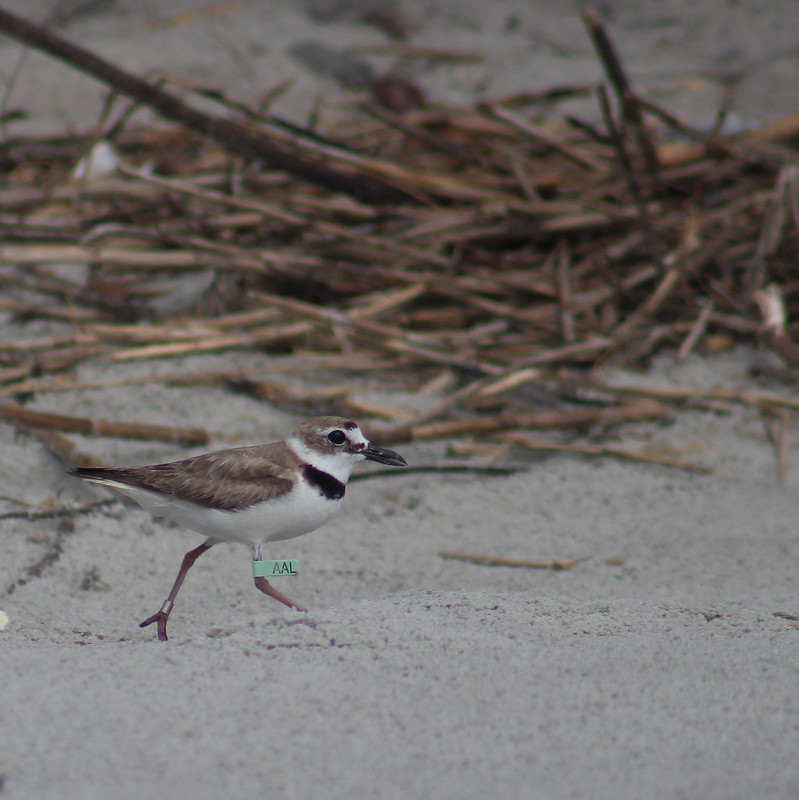 Jack reported this to Chris Snook, who replied that, so far, this is the oldest Wilson's Plover known! 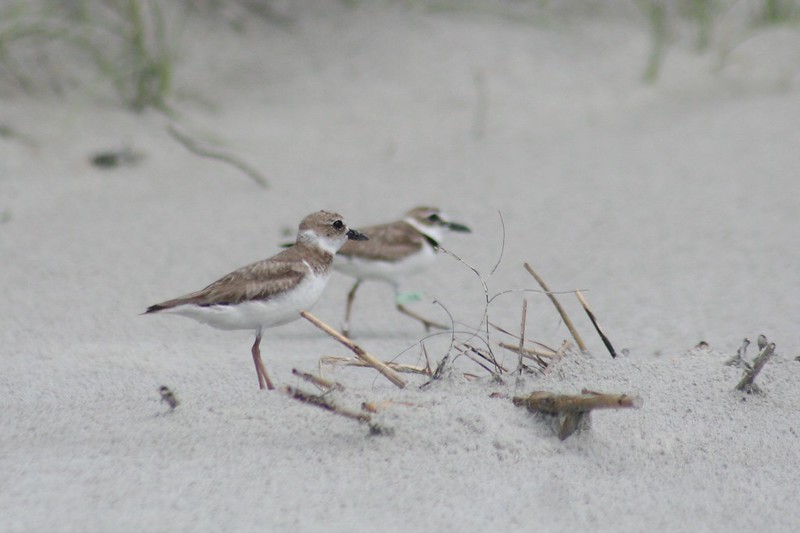 We also had quite a few Sandwich and Least Terns, along with an American Oystercatcher that could have been on a nest (or just resting- it was hard to tell). 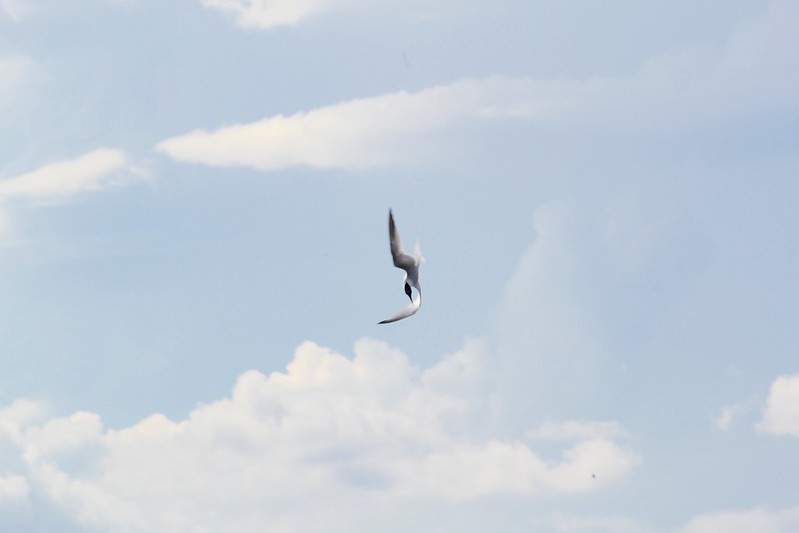 As evening set in, we checked out Pitt Street for Clapper Rails and Marsh Wrens. We were rewarded with amazing views of Clapper Rails- 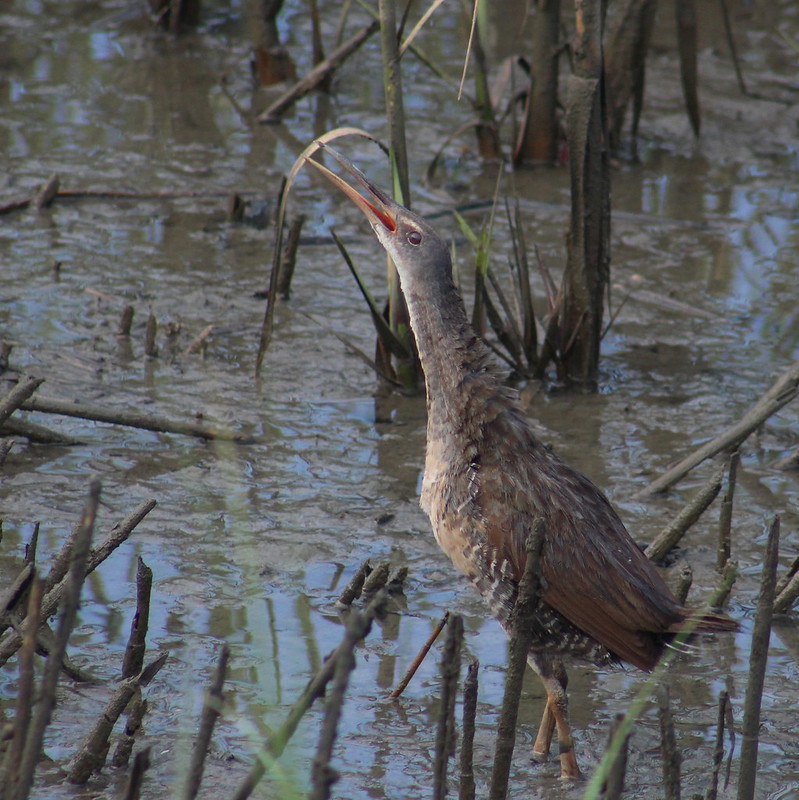 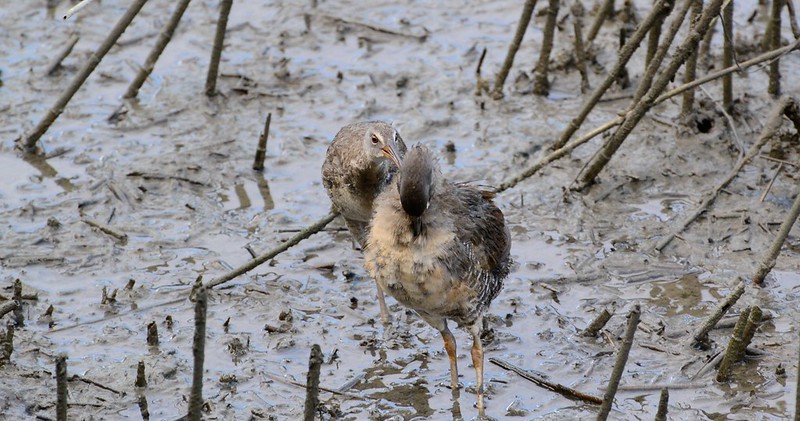 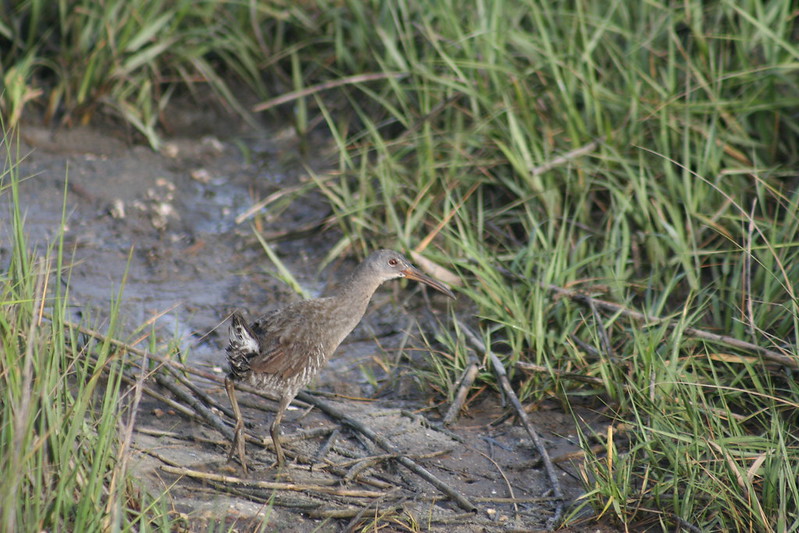 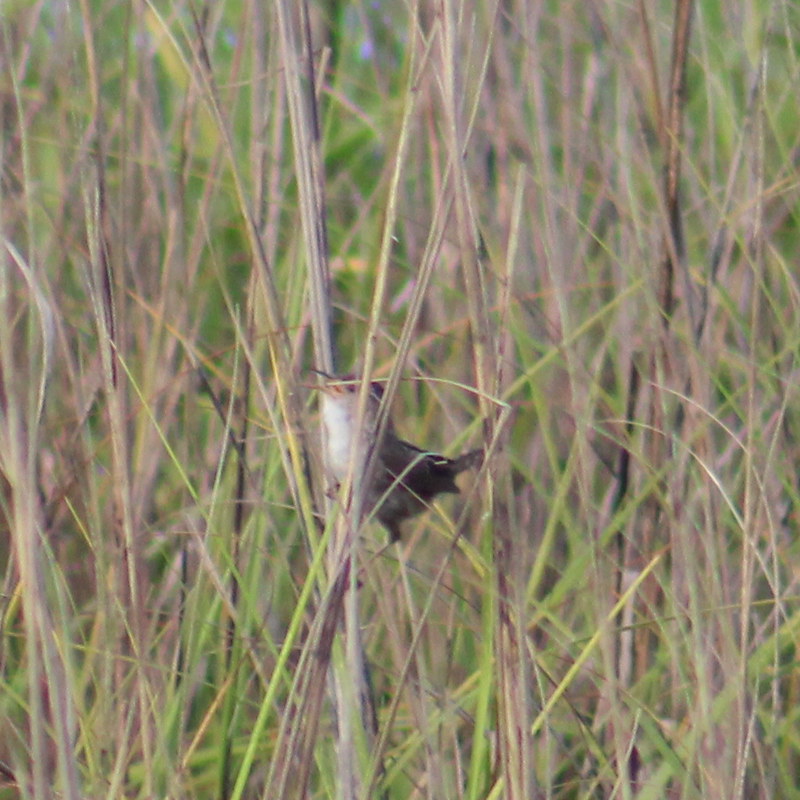 Some other notable birds we found there were Black Skimmers, Black-bellied Plover, and our fourth plover species, Semipalmateds on the mudflats. 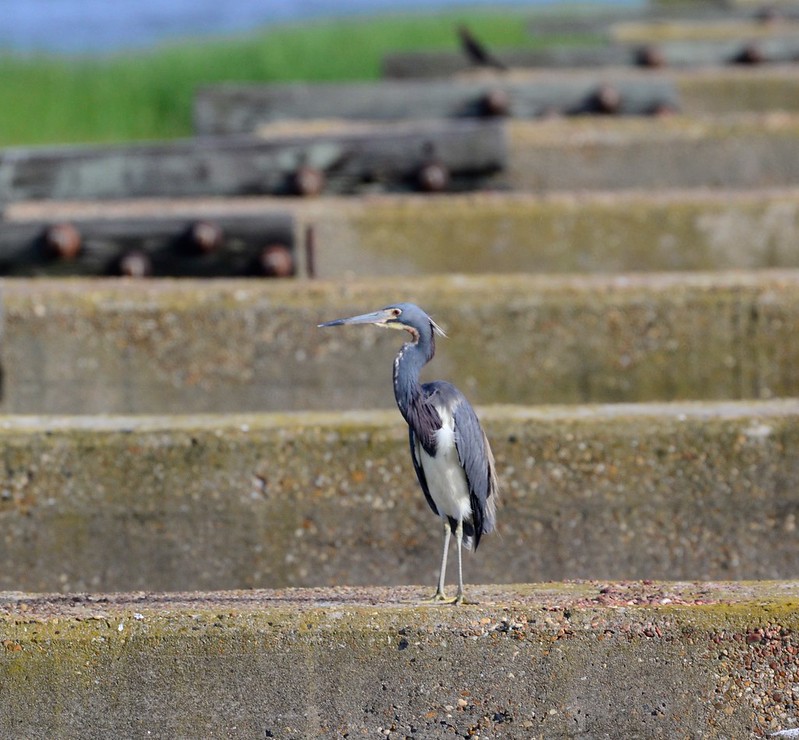 Our third was just plain hot. We had gotten almost all of our targets and we decided to go get some easy lifers for Ian and I. We checked out Botany Bay and saw Painted Buntings at their feeders, much tamer than the one I saw at Huntington Beach SP. 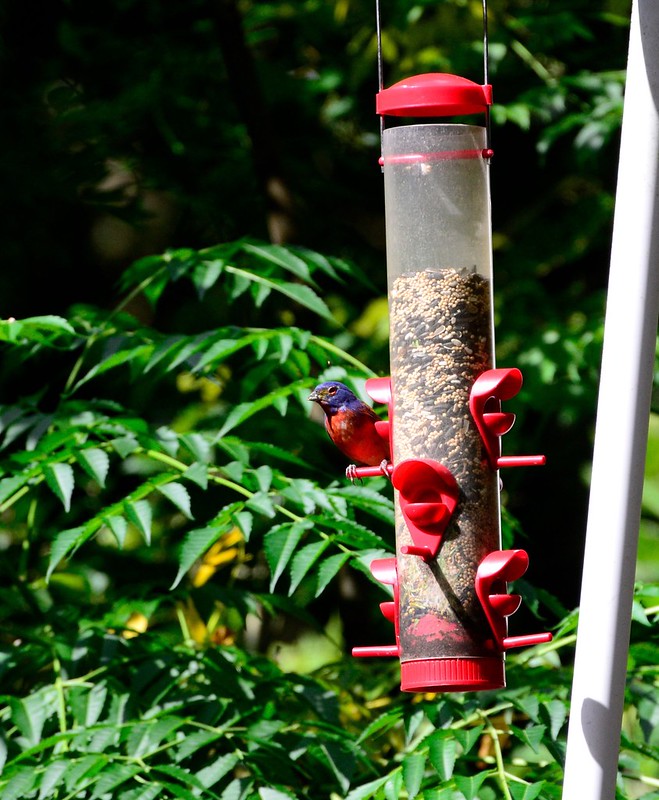 We had a singing Yellow-throated Vireo as well, which Jack thought was a bit odd. Our best bird was a single Common Ground-Dove on a wire over the fields, with Mourning Doves, which was a lifer for Ian. 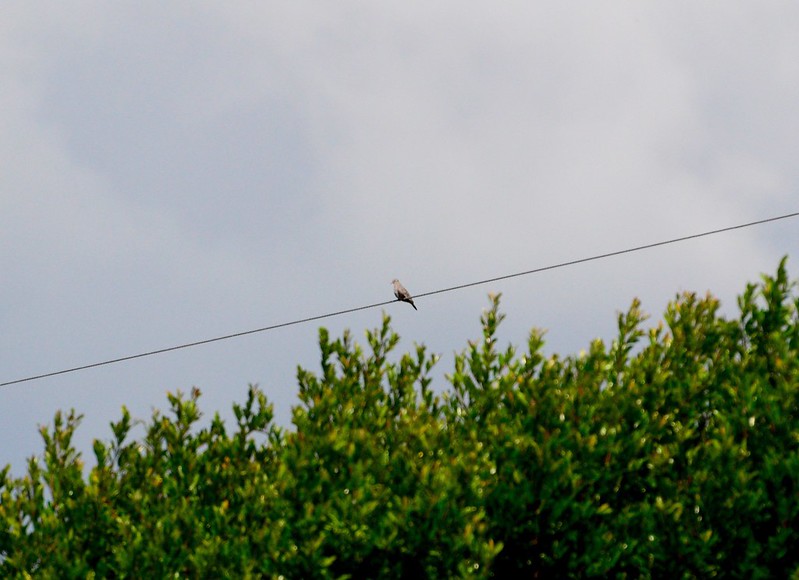 A pretty male Orchard Oriole gave us some good looks too. 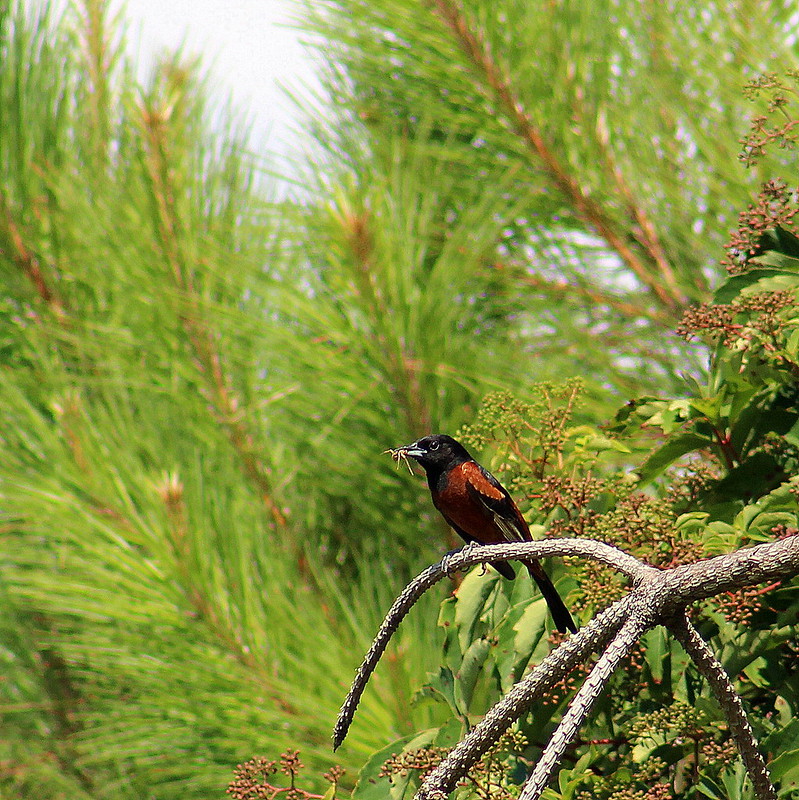 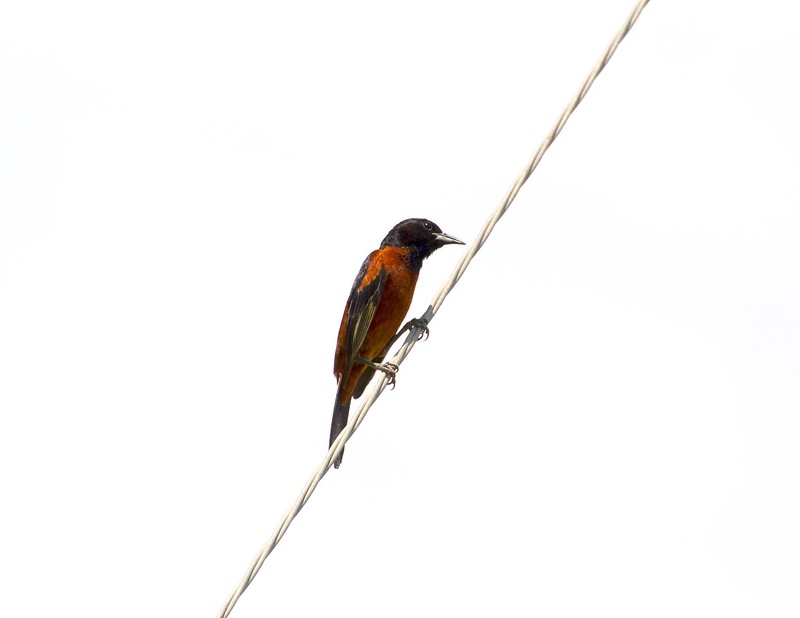 After the oppressive heat of Botany Bay, we were too tired to go outside again, which concluded our trip. Special thanks to Jack for letting us stay at his house!

This will be the last (official) CYBC trip until late summer- check back here in August for upcoming trips!

Reply Ian Ruppenthal
11:21 PM on June 12, 2015
Thanks for finally updating the blog Martina. Let's not forget those amazing looks at the Kingbird!