Hope everyone had a great and bird-filled summer! The CYBC certainly did! This summer, four members (including me!) attended Camp Cascades, a young birder's camp. 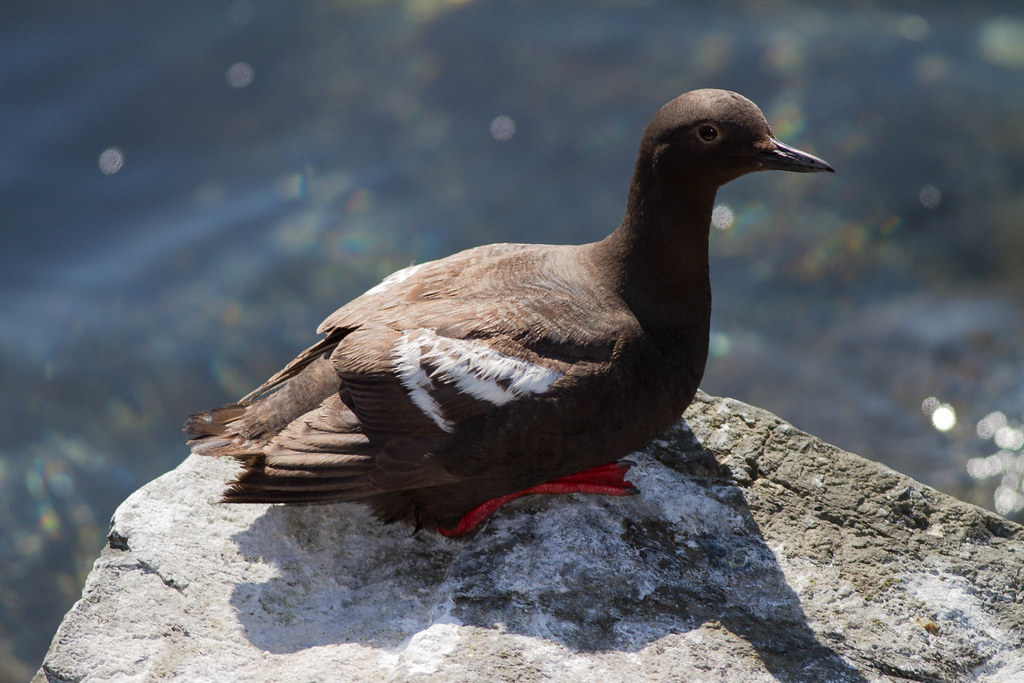 Camp Cascades is one of the many young birder's camps available to young birders between the ages of 15 through 18. This camp is infrequently run by Victor Emanuel Nature Tours, the last one being run in 2012. Cascades is held in western Washington state, with a few days on Whidbey Island, and the rest of the camp held in the beautiful Mount Rainier National Park. It was an exciting 12 days of birds, friends, and fun! We had four excellent camp leaders- Barry Lyons, Michael O'Brien, Louise Zemaitis, and the founder of VENT himself, Victor Emanuel!

Three of us- Jack, Evan, and I- flew out of Charlotte-Douglas International Airport on July 30th. We actually were all on the same flight, destined to arrive in SeaTac around 10 am local time. 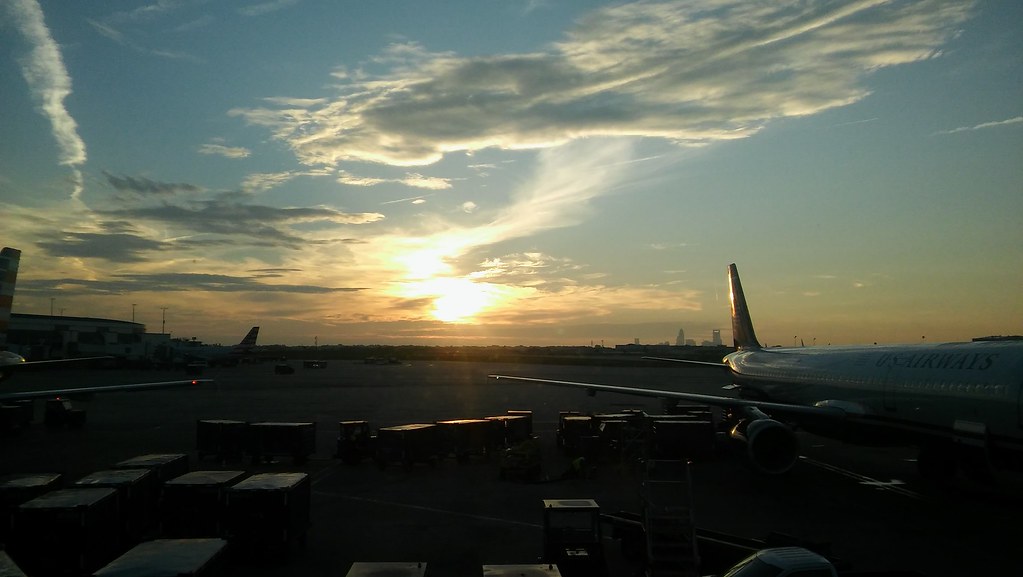 As soon as we arrived, we found the chatty group of young birders. The great thing about birders is that we're willing to talk about anything, in a way that makes it seem like you've been friends for years. Most of that morning was spent getting to know each other as we waited for a few stragglers. Once the last people showed up, we loaded up in the vans and we were off to Whidbey! 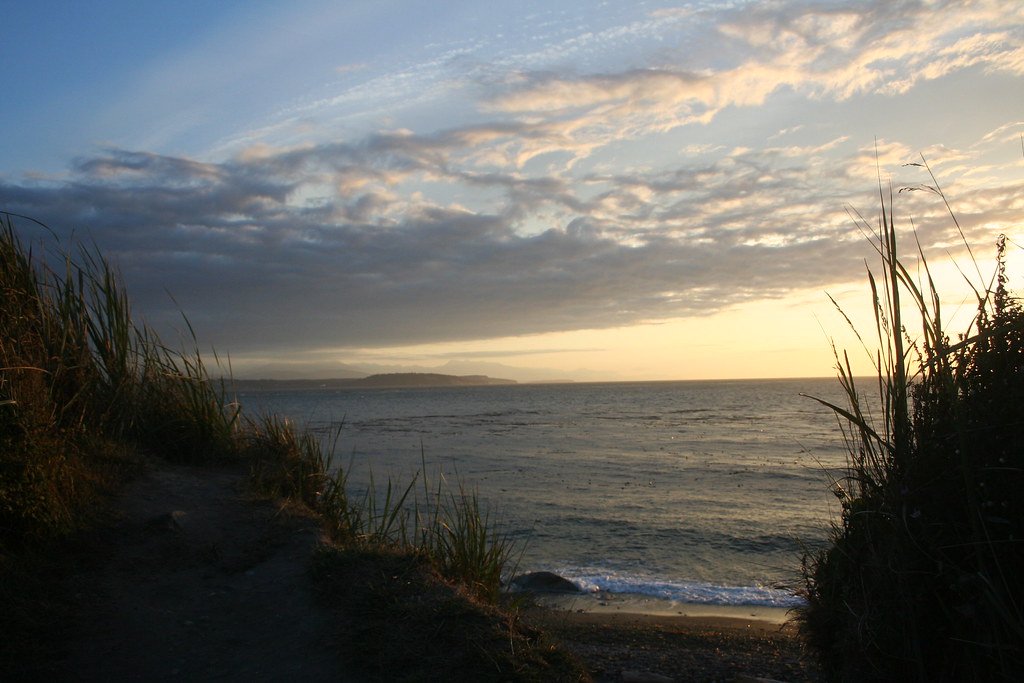 Whidbey has beautiful rocky beaches, with large logs of bleached driftwood littering the shore. Among the strands of rotting kelp and driftwood, we found a few dead Rhinoceros Auklets. In recent months, there have been die-offs of these handsome birds and their close relatives, the Cassin's Auklet. While it was a bit sad, it also provided a great opportunity to see up close the "horn" of the rhino!

There were also some great cliffs, where Pigeon Guillemots made their nests. Off the bat, people started getting lifers. Heermann's Gull, Pelagic Cormorant, Harlequin Duck, and other Pacific seabirds were seen. In the coastal scrub, White-crowned Sparrows of the subspecies pugetensis chipped insistently. 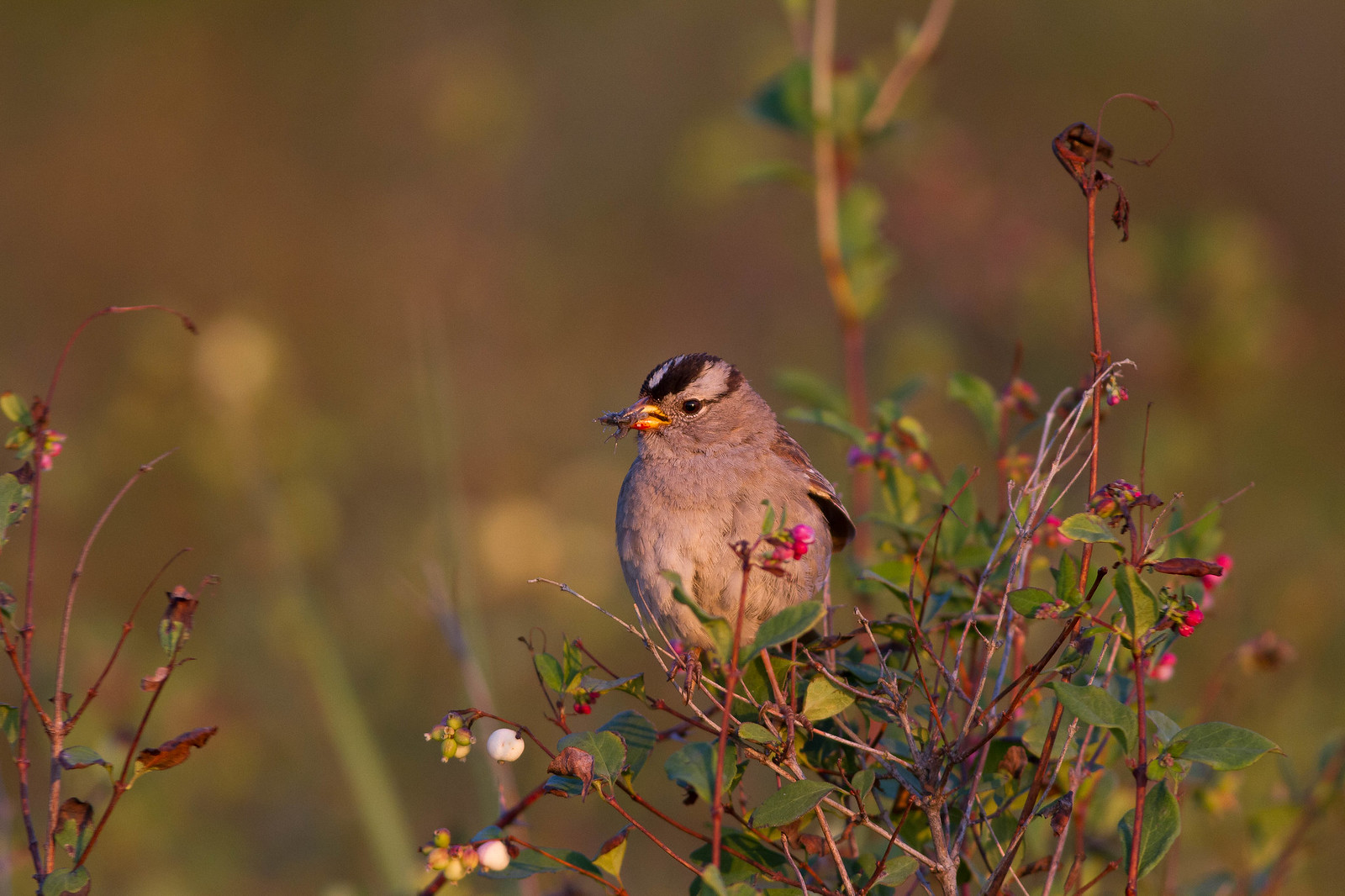 One thing you'll notice about the Pacific Northwest- lots of unique subspecies. The dark, lush coniferous forest has created many darker forms of familiar birds, including Song Sparrow, Downy Woodpecker, and, my favorite example, Great Horned Owl. We observed a young Great Horned very well, and the blend of sooty grays and blacks made it stand out from the normally warm tawny owls we see here in the Carolinas. This young one was a stunner, and we had crushing views of it. 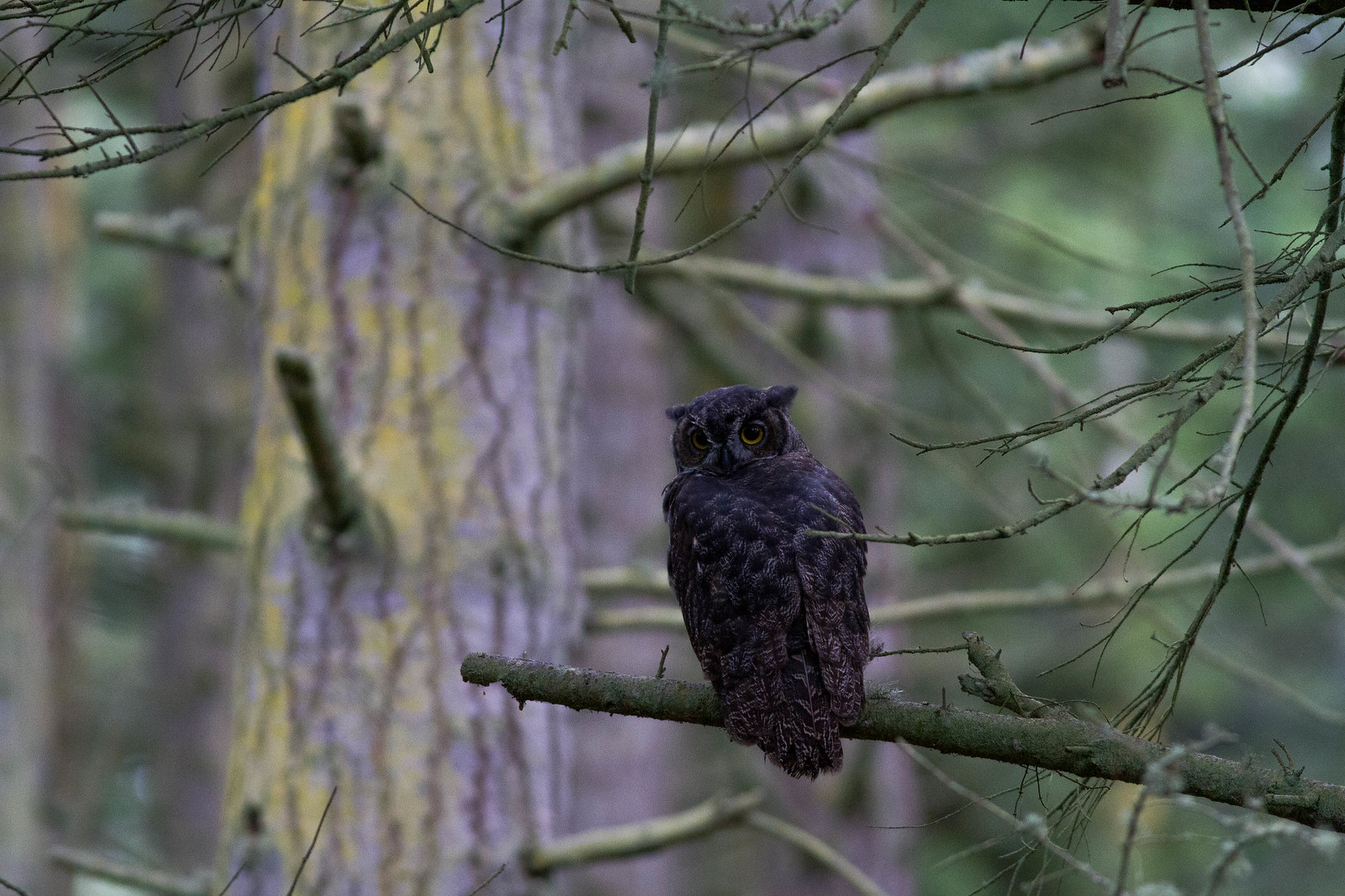 We also explored some of the forests on Whidbey, locating some great forest birds, such as Olive-sided Flycatcher, Red Crossbills (mostly type 3, Douglas Fir), Chestnut-backed Chickadees, and the ever-present Brown Creepers. Bushtits, Bewick's Wrens, and Pacific Wrens were around as well, skulking in the dense foliage. Banana Slugs were a delight to find! 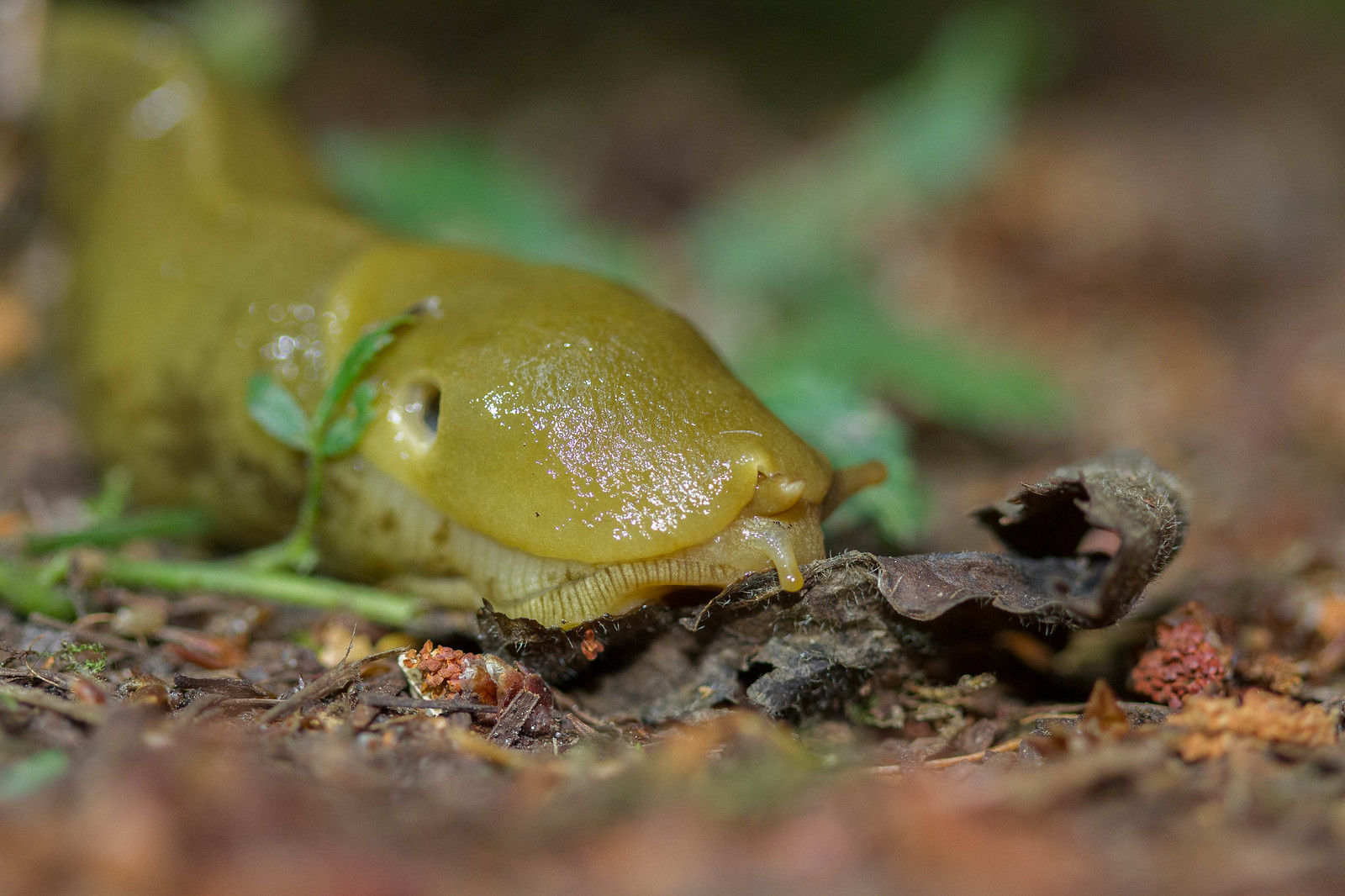 One of the highlights of the trip was a boat trip to Protection Island, a crucial nesting site for thousands of auklets, guillemots, murres, and other seabirds. We took a ferry to Port Townsend, officially on the Olympic Peninsula. Conditions were foggy, but we still saw some birds flying in and out of the mist. Many alcids were around, especially Pigeon Guillemots and Rhinoceros Auklets. Common Murres were less common, but their bulky size made them easy to identify in the mist. Marbled Murrelets were seen as well (but, of course, I managed to miss every single one!), but none of these birds were the reason for our trip. Protection Island is also home to a few pairs of Tufted Puffins, a regal member of the alcids. We were rewarded with a stunning adult that stayed with us for a good 20 minutes! 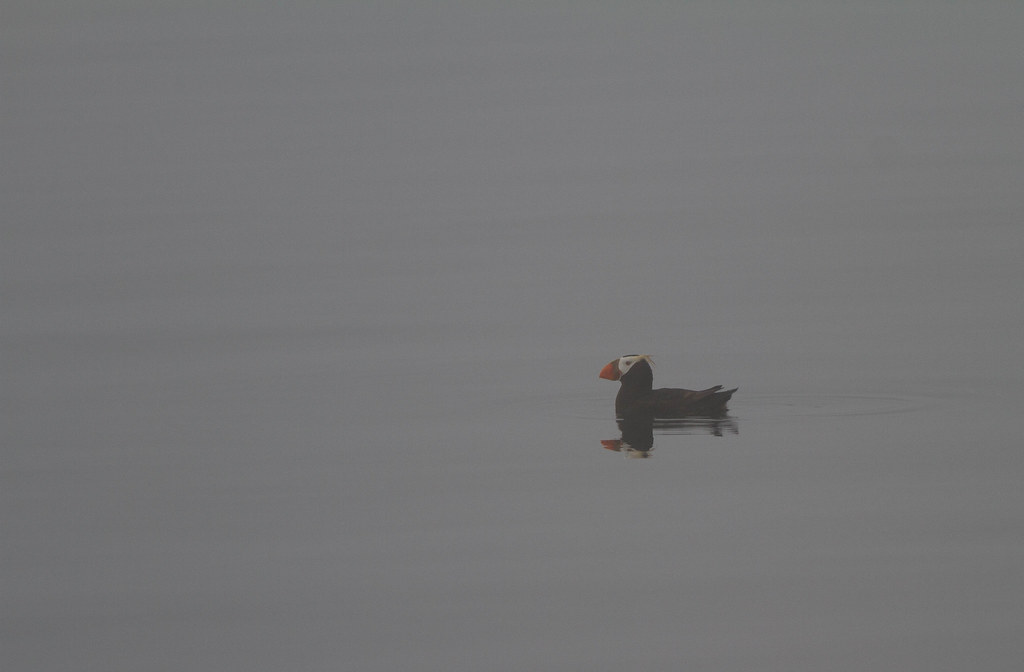 After that boat trip, we explored some local areas, including a kelp-filled beach. The air was filled with the stench of rotting kelp, but we stuck it out to watch a fresh juvenile Western Sandpiper feeding on the insects attracted to the kelp. Definitely one of the prettier shorebirds! 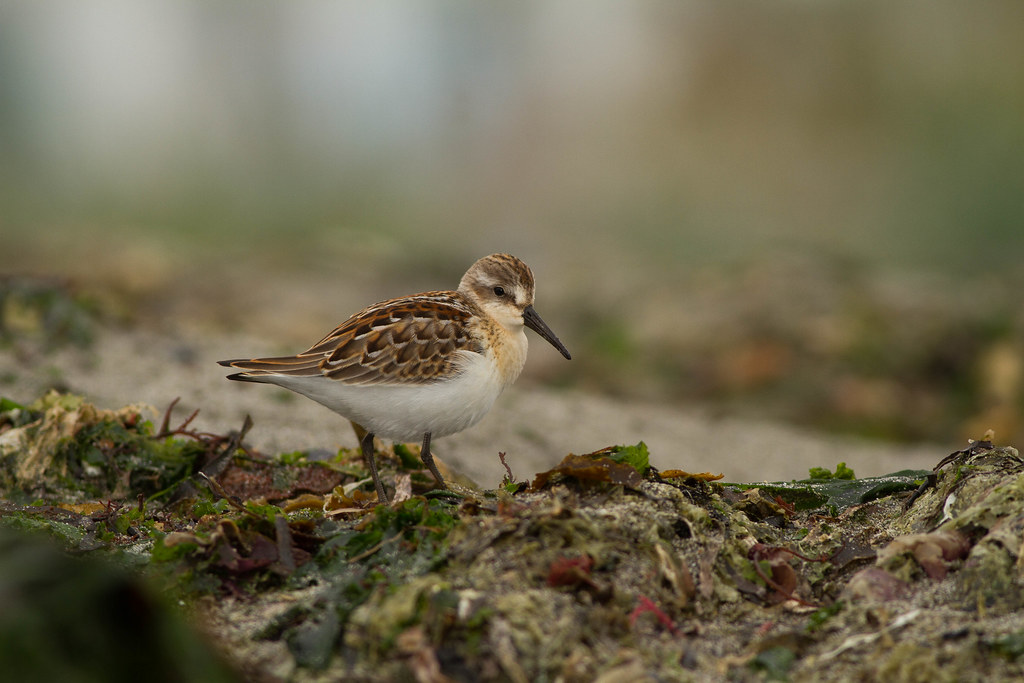 Whidbey was a whirl of birds, and we saw many more than I wrote about, but to keep this post a bit shorter (if that's possible, haha!), I'll have to fast forward to Mt. Rainier. At 14,410 feet, this is the tallest peak in Washington, and second tallest peak in the Lower 48. The cool mountain air was a welcome relief from the heat of the Carolinas, and we reveled in it. During a few nights, the temperature dropped into the 30s! Rainier is filled with huge old-growth forests, and with these forests we found new birds. We found Varied Thrushes, American Dippers, Hammond's Flycatchers, and a lot more! However, the highlight of our stay on Rainier was, by far, the Skyline Trail. This trail winds through the spectacular subalpine and alpine meadows, in full bloom in August. I, being a wildflower nerd, was in love with the huge masses of blooms that surrounded us. The area was also full of other unique creatures, ranging from mammals to butterflies. While we lacked constant action, the birds we encountered were definitely quality birds- Prairie Falcon, Mountain Bluebird, Cassin's Finch, and Calliope Hummingbird. 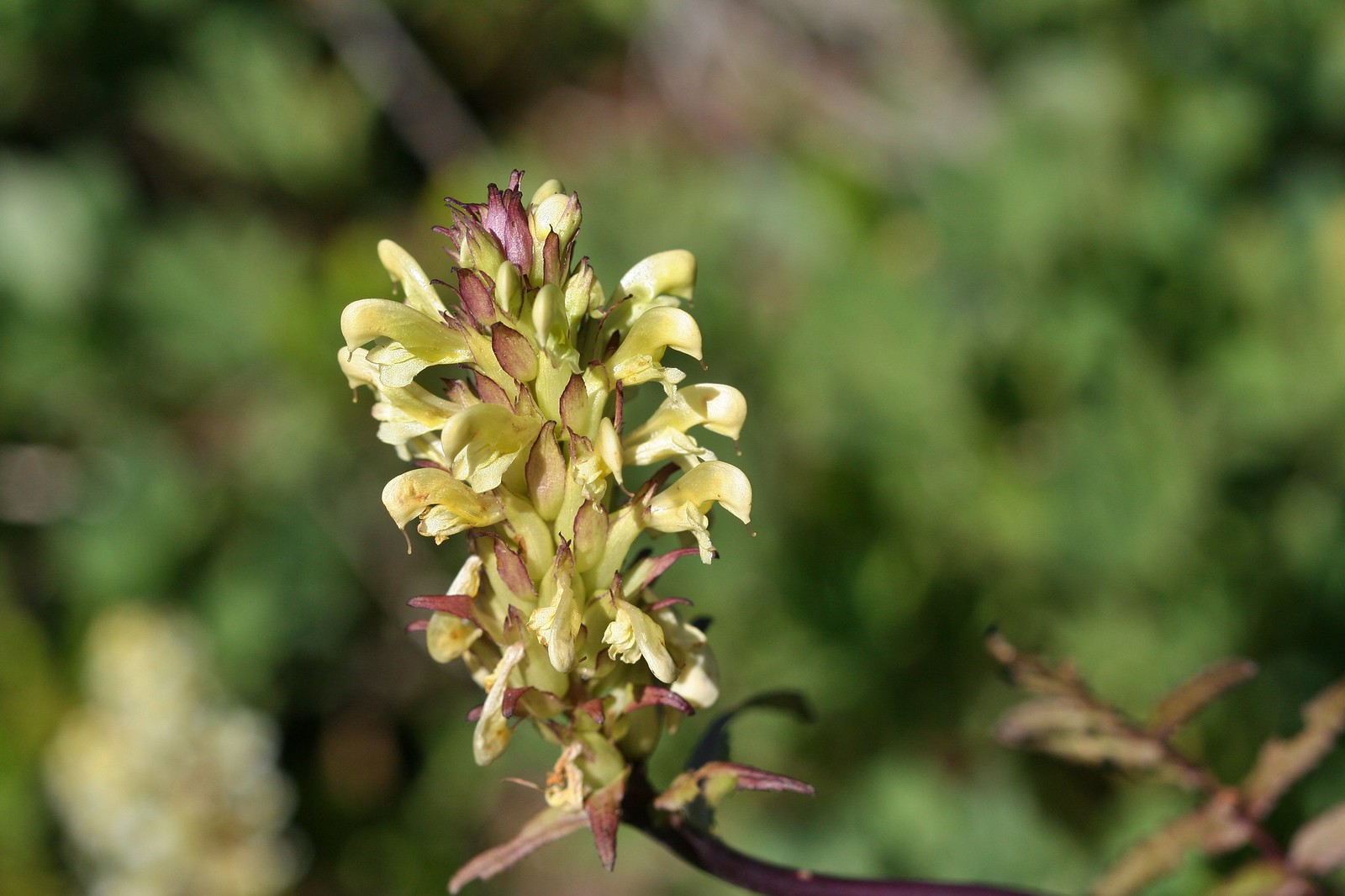 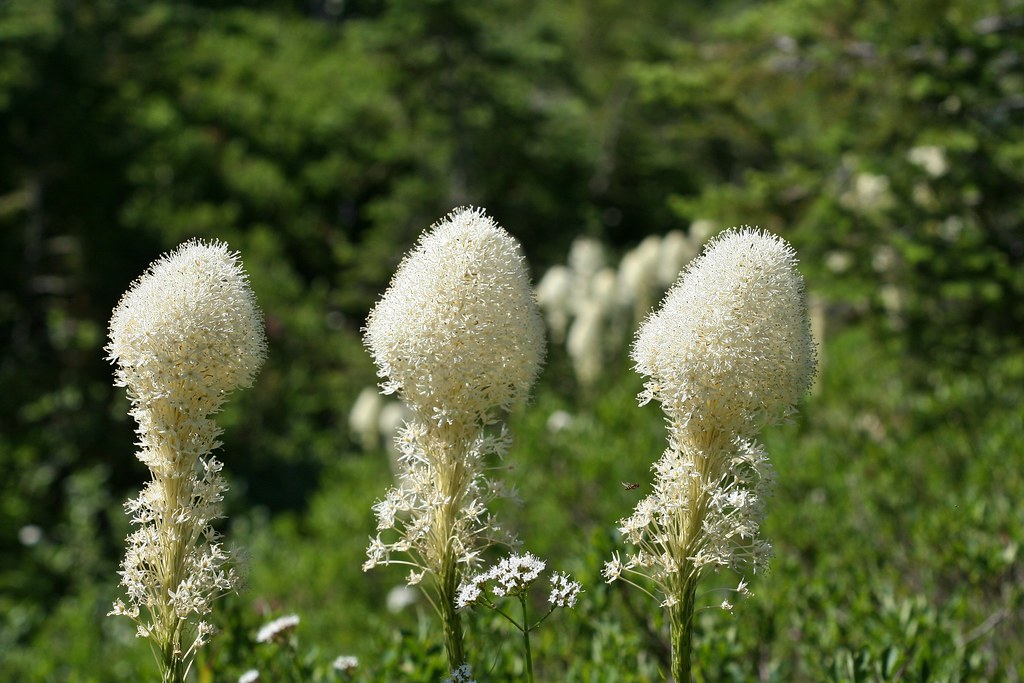 Beargrass, a distinctive flower commonly found in subalpine areas. It's actually in the Iris family! 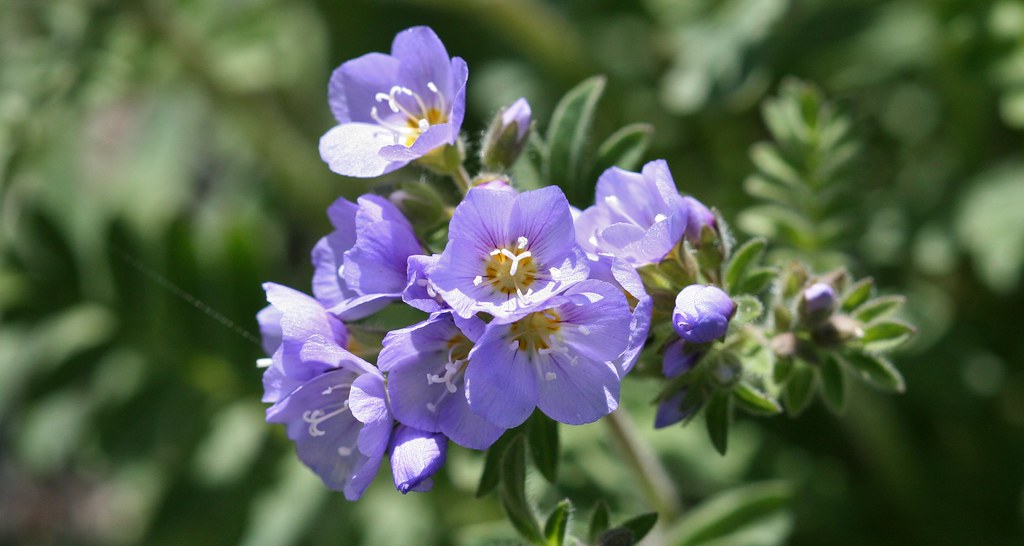 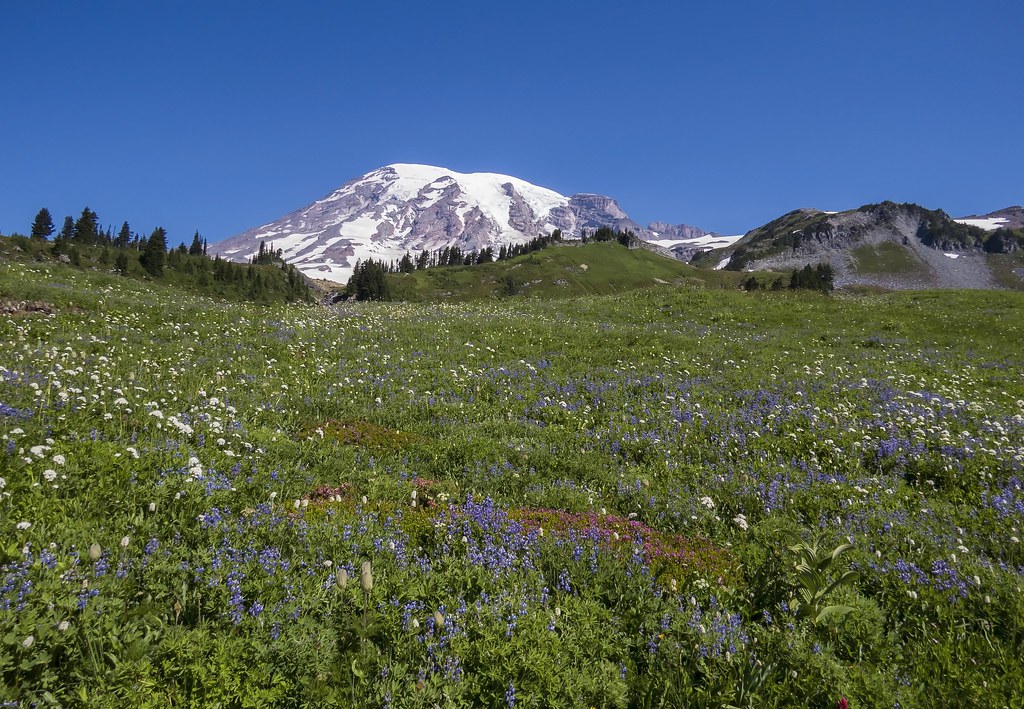 One of the many meadows we saw. Photo by Jory Teltser. 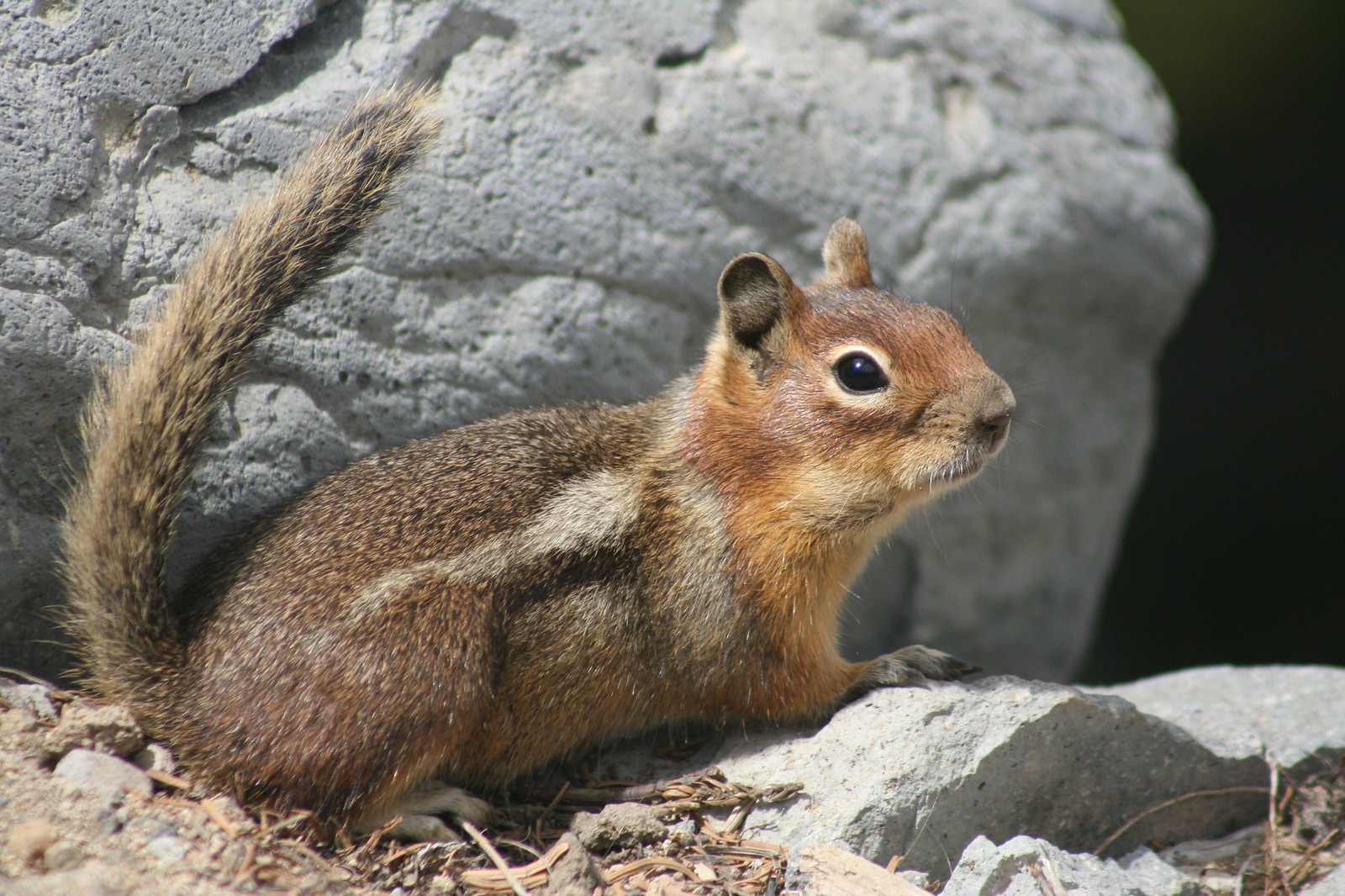 This little critter had a fun, tongue-twisting name- the Cascades Golden-mantled Ground-Squirrel, found only in the Cascades. 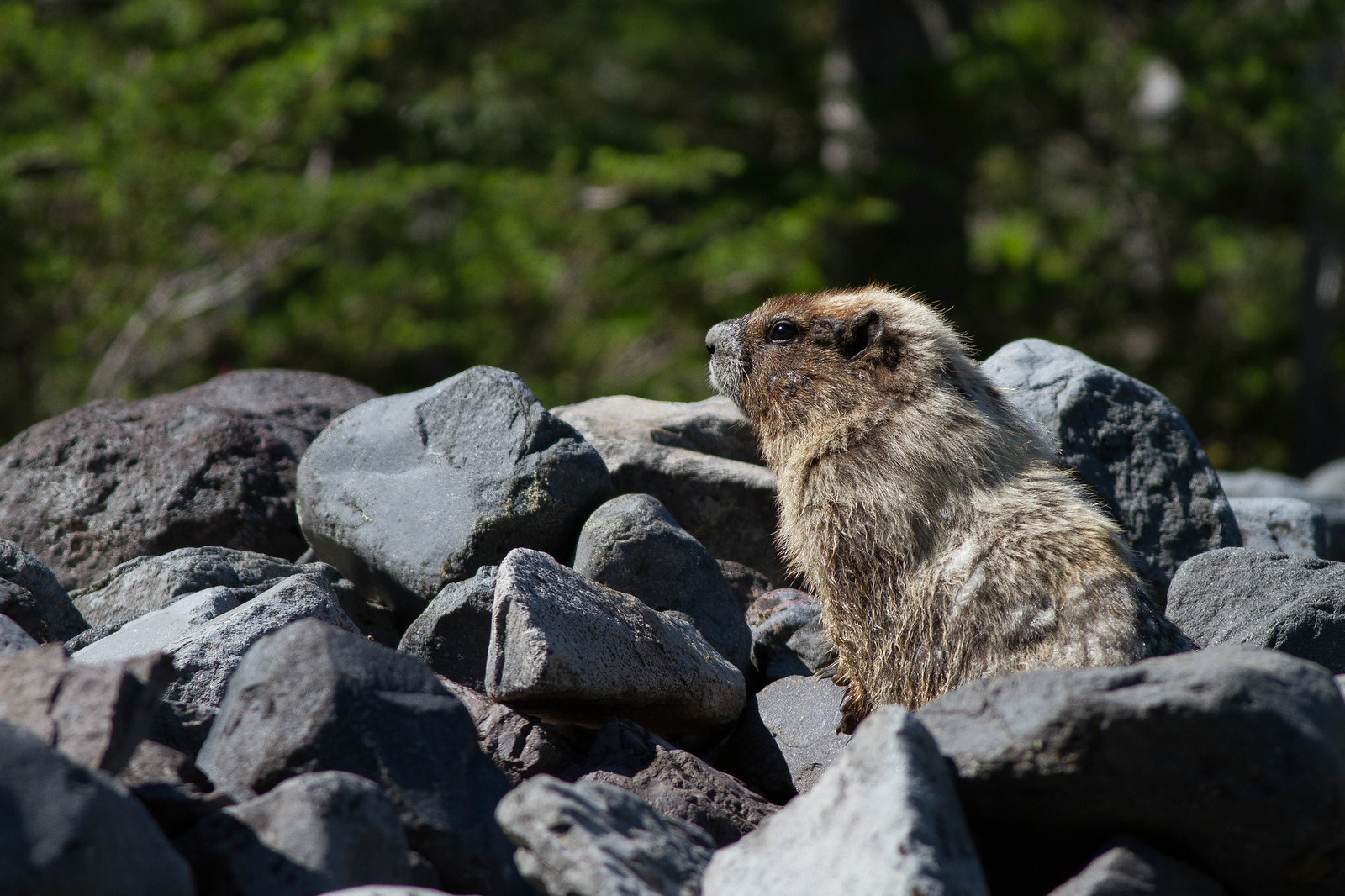 The true highlight of this hike was the crushing views we had of Sooty Grouse. We first encountered a dustbathing male- 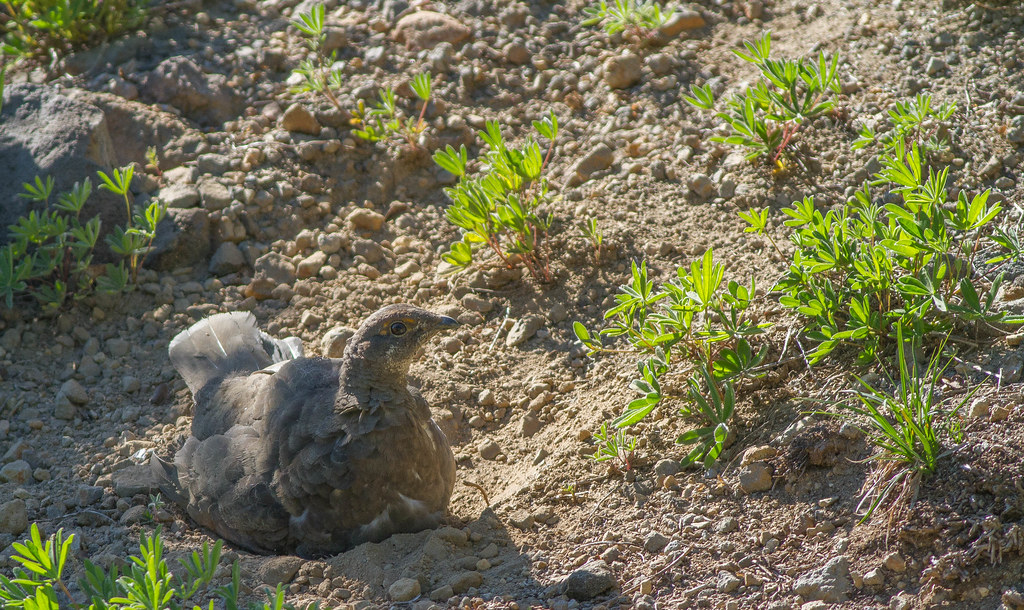 But soon after, we encountered a female grouse with 3 chicks!! 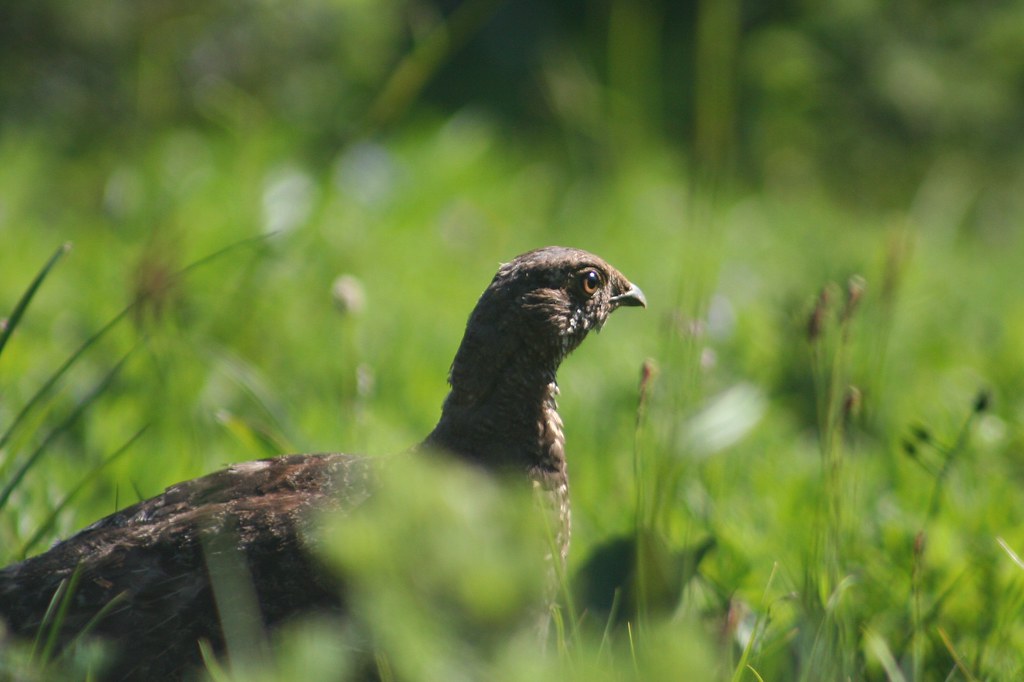 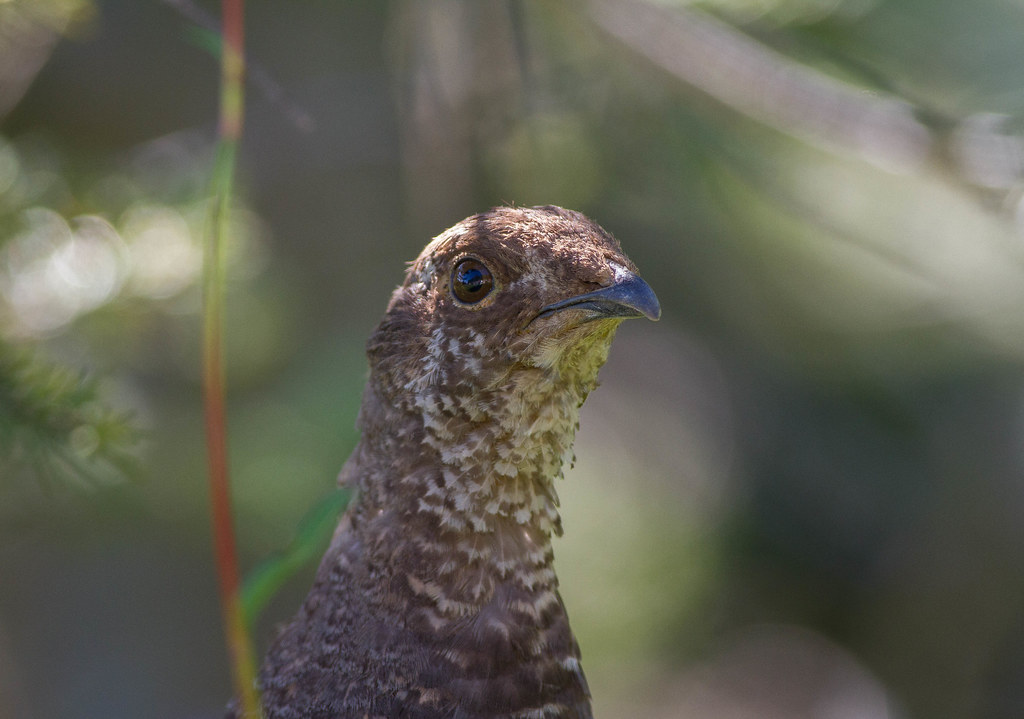 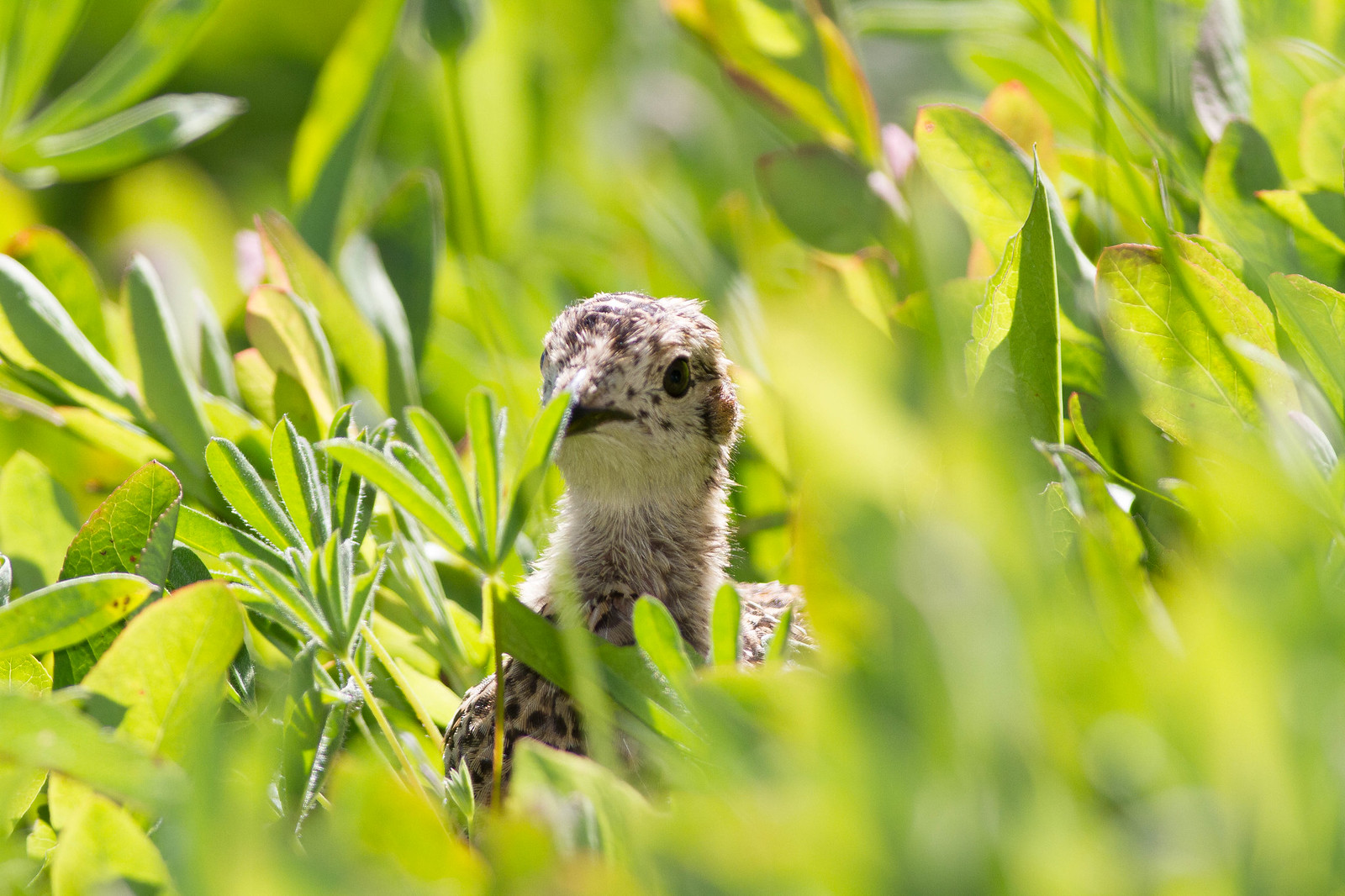 After that epic hike, we went east of the mountains, on the drier slope. Here, the lush green firs and spruces are replaced with Ponderosa Pines, adapted to the drier climate. In many ways, the Ponderosa Pine forest is very similar to our Longleaf Pine forests. They both are dominated by a single pine species, require fire to thrive, and are full of similar birds! We picked up many new species, including many woodpeckers- great views of Lewis's, and 2 sapsuckers- Williamson's and Red-naped. The highlight for many was a female White-headed Woodpecker! 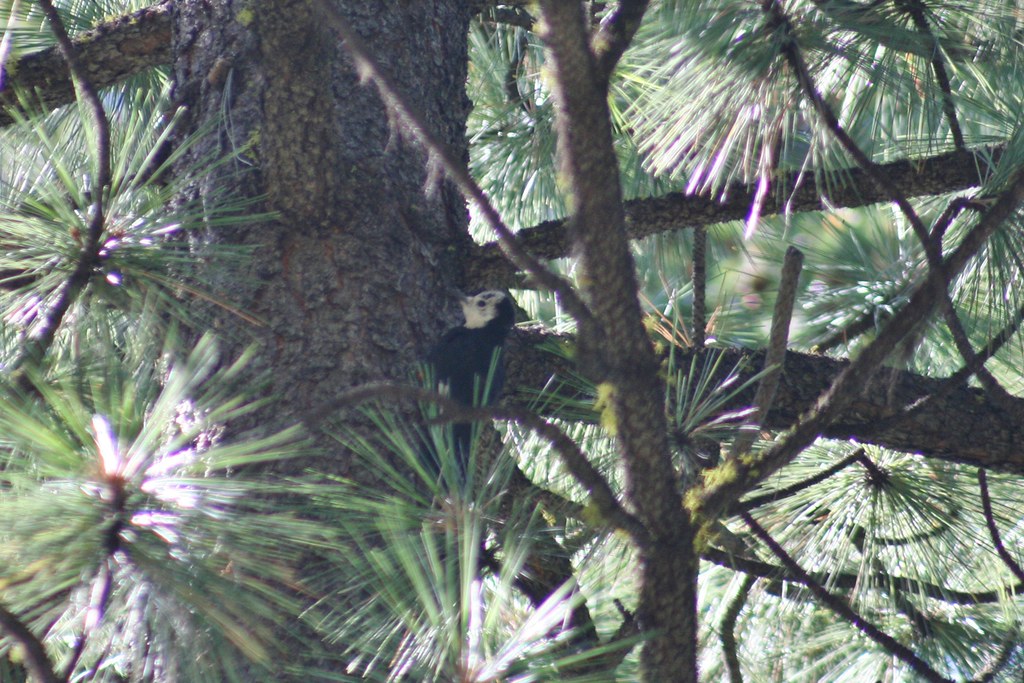 After we said goodbye to the beautiful vistas of Rainier, we headed back to Seattle. We did a final tally-up- 163 species! 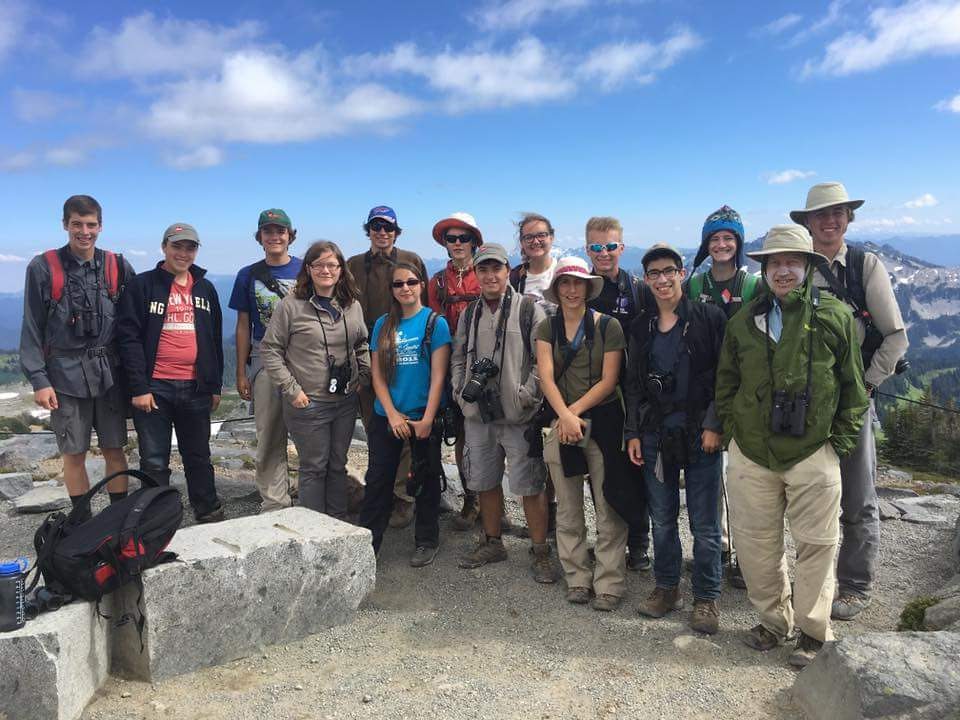 Group shot at Panorama Point on the Skyline Trail. Photo by Louise Zemaitis. 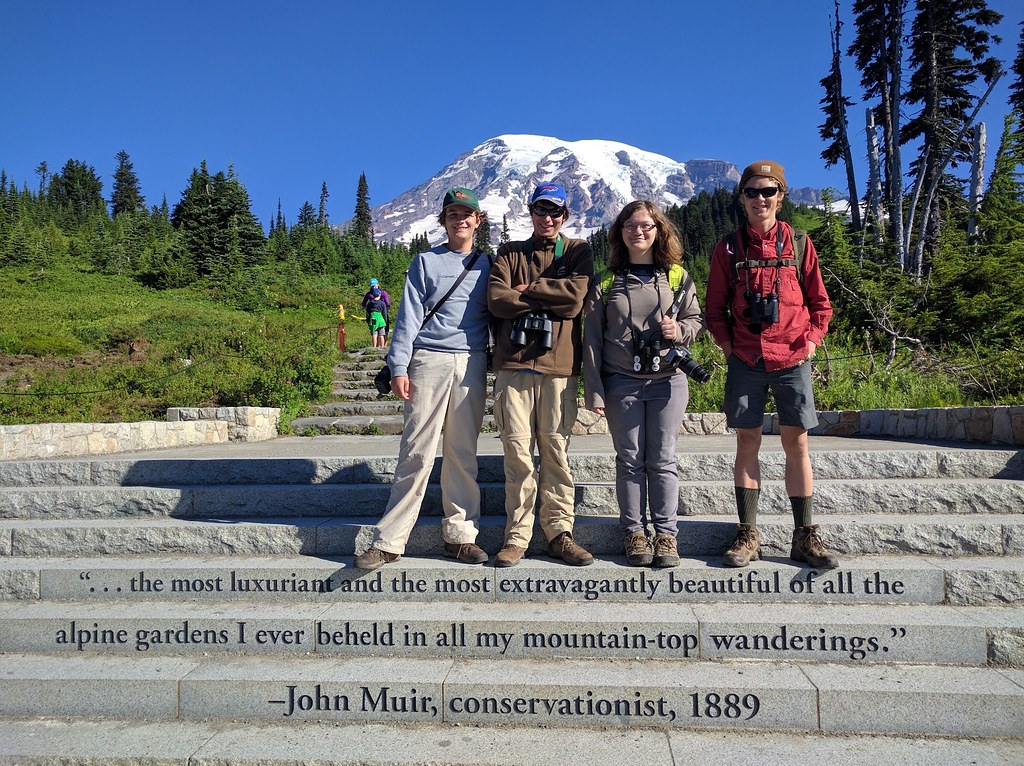 It was an amazing experience for sure. A big thanks goes out to the Carolina Bird Club, whose scholarship helped one of our young birders attend this camp and of course, Victor Emanuel Nature Tours for running this camp!